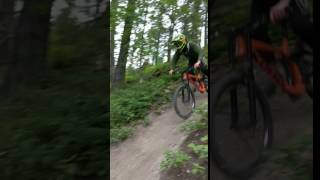 First time ever Mt 7 laps in Golden, BC

Supporting our partners Driving Force and the @DFTour150 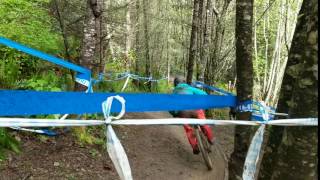 Reprieve from the rain...but the mud was wild!

Biking in Alberta in November

DAY SIX: started early in Eureka, and got turned back down the 101 due to a land slide. Bad = added another 2 hours of driving time. GOOD = drove through amazing Shasta National Park! Incredible views and winding roads. Our destination was Santa Cruz, CA, but we took a detour to drive through San Francisco, CA. We drove over the Golden Gate Bridge, headed for a stop in the Marina District, took a tour of Ghiradelli, the trolley cars, and Fisherman's Wharf. Spent some time in rush hour traffic along the Embarcadero, passed AT&T (Giants) Stadium and headed out for Santa Cruz, CA.

The California coast drive to Santa Cruz, CA was amazing! Sunny skies, and incredible views. We stopped to investigate the Devil's "perch".

Of course, we ended up at the Polo Grounds for a spin on the dirt jump track there, as well. We're at our destination and will ride tomorrow, then head over to Monterey and the Sea Otter Classic in the afternoon to set up camp for the weekend.